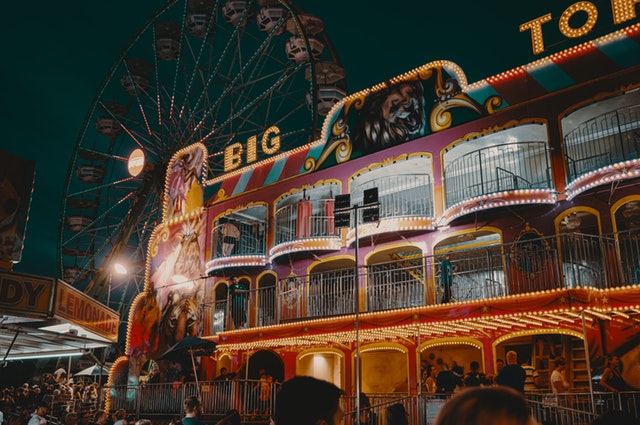 Theme Parks in different parts of the world are responding very well to call for environmental conservation. A good number have switched to renewable sources of energy while others are still in the process of implementing environmental-friendly energy alternatives. If the park managers continue to respond positively we can be sure that in the next decade we will have parks that fully rely on renewable energy sources.

Using renewable forms of energy in parks has bountiful benefits, aside from conserving the environment renewable sources of energy are less costly. This can bring about an improvement in the economy as fewer funds will be directed on park management. Alternatively, the money can be used to improve the theme parks to top-class standards. Here are examples of theme parks around the world that are making good use of renewable energy.

Located in the waterfront city of Vallejo the Six Flags Discovery Theme Park is one of the largest parks. Due to its enormous size and the high-speed rollercoasters in place, the park is one of the most energy-hungry places in this part of town. High amounts of energy are required to keep the park up and running and this requires a large-scale power source. For this reason, the park recently made a switch to solar energy. Every equipment within this area starting from the rides to the air compressors used indoors, everything is powered by a renewable source of energy. Solar energy is recognized as one of the best forms of renewable energy all over the globe. The Six Flags Discovery Theme Park will be able to get about 80% of its power supply from solar carports in place. This will greatly lower the number of carbon emissions to the environment.

The Greenwood Family Park is also another fun-packed park that has done a commendable job in the use of renewable energy. It is also known as one of the parks that are fitted with people-powered rollercoasters which are in its own way is a form of renewable energy. In addition, the park is the first theme park in the UK to have solar-powered water rides. The use of solar energy in the park has been groundbreaking as a good number of activities within the park make good use of it. This has made a positive environmental impact on the park’s surroundings.

The Great America Theme Park is also an example of a park that has invested a lot in the use of renewable sources of energy. Currently, the park is powered by both solar and wind energy courtesy of the Santa Clara Green Power program. Plans are underway to make the park solely dependent on renewable energy. If this goal is achieved Great America will among the first parks in the region to fully go eco-friendly including their portable compressed air tank within. This will reduce the amount of CO2 emissions from the park by a great percentage.

All over the world, Disney land is recognized as a paradise for kids with this Disney is out to make the earth a paradise through the implementation of environmental conservation measures. Over the years the park has been using solar energy from the fifty-megawatt solar plant. It is estimated that these solar panels have reduced greenhouse gas emissions in the area by around 52,000 metric tons in just one year.

The theme park in Southwest England also relies on a variety of renewable sources of energy. It has a solar plant that feeds a section of the park with the needed solar energy. This gives the management an added advantage when it comes to conserving the environment. Some of the rides are also powered by the same energy while vehicles within the park use biodiesel fuels.

Tech Gadgets To Help You Sleep

Having quality sleep is vital for a person to attain optimum health throughout her life. Allowing the brain and the...